On Day 8 of my happiness journey, I had to think about what/who I was grateful for. I have a long list of things and people to add to my gratitude list. Coronavirus has really made me count my blessing and realise just how lucky I am. Slowing things down dramatically has given me a lot of perspective.

ACTION: What (or who) are you grateful for and why?

I wasn’t sure what to pick for this one. There is the obvious choice: my husband. And there are a hundred other things. My family, my friends, my in laws, my home, my job, my education. I decided on this day I would be thankful for my husband.

While it is an obvious answer because he is my life companion and my quarantine-buddy, I chose him today because I think the pandemic reminded me why I married him and why I love him in the first place. Somedays, we would just be sitting and watching TV and he would laugh about something and just seeing the joy in his eyes and knowing I have the honour of being with him every day made me so happy. It is amazing how easy it is to take things for granted.

He is not perfect though, nobody is! I’m certainly not. We’ve had our share disagreements and arguments while being locked up together. And to tell you the truth – I’m really annoyed at him while writing this! I thought about it when sitting down to write this post. Do I really want to write something nice when I don’t want to be nice? When I would rather say really mean things?

On my journey of becoming a better person, I try to rise above my base feelings and instincts. Being positive in such moments is very challenging. To ignore and see past your current negative feelings and remembering why you love the person in question and remembering your gratitude is difficult. It takes strength to do this, but if you can it will make you a better person and just make you feel better. As the email for today’s challenge said: “appreciating something positive can give your mood a much-needed boost“.

There is actually an Islamic concept called “Husn Al-Dhan” (حسن الظن) which means, as a Muslim, you should think positively about people, assuming the best in them and give them the benefit of the doubt instead of jumping to conclusions and thinking about them negatively. I used to be a lot better at this, I would often make excuses for others or try to think of reasons for their behaviour. I think, because I haven’t been afforded the same kindness and compassion, it has stopped being my default response. I am working on that.

When I’m really angry at my husband and I’m hurt, I try to think of positive things to keep my anger in check. I try to rationalise and find reasons for why he is doing or saying what has done or said. I used to blurt my angry feelings and thoughts out and snap at him, but I try a lot harder to stop that kind of behaviour because it invariably makes things worse. I try to remember why he is so wonderful. It’s so easy to forget the good things people do for you. You can do 10 good things, but a person will always bring up the 1 bad thing you did.

Even my husband admits it – when we argue about something I did wrong I will remind him about all the other times I’ve done good things for him. Why doesn’t he remember all the good things I’ve done? He admitted that, yes, he tends to remember the bad things more than the good.

The article goes on to say that there is also an evolutionary reason for this behaviour. Those who are more affected or “attuned” to bad things were more likely to survive as survival requires “more attention to possible bad outcomes” to avoid threats and keep safe.

Bad things will always happen and this will be our gut response – but there are better ways to deal with this. Professor Teresa Amabile conducted a study on over 200 employees from different companies. The experiment required them to fill out daily diaries over a few months; they were expected to rate their day on a numerical scale and write down one thing that stood out that day. The study found that:

Did you see that one coming? I was quite shocked to read this. I knew the negative feelings would be more powerful, but I did not think the difference was that big. In a work context, it clearly shows that managers need to realise the real impact they have when they don’t recognise employees’ progress and achievements and when they pass on “unfiltered” criticism.

You might be asking: “Amna, are you saying we need to praise people for every little thing they do?” Actually, that is not what the studies suggest. The answer is to “criticize constructively — and sparingly”.

Professor Clifford Nass thinks that people can only take one critical comment at a time. Instead of the “shit sandwich” or “criticism sandwich” (as the article more politely describes) approach to criticism, Professor Nass suggests giving the critical feedback first and following it with a lot of positive feedback.

The writer of the article also suggests that praising children too often for, in their opinion, meaningless things is also a contributing factor. Children need opportunities to build resilience (the topic of Day 7!) for when they do receive negative feedback. I feel like I was criticised a lot by my mother when I was younger and I still am sensitive to criticism. But maybe I wasn’t criticised enough?

All of this, in any case, clearly shows that praising people and moderating criticism is important. Professor Roy Baumeister noted in his journal article Bad Is Stronger Than Good that “many good events can overcome the psychological effects of a bad one.” In fact, the authors refer to the ration of “five goods for every one bad”.

I knew this was a thing, but I didn’t know how pervasive it is. It feels good to have my feelings validated and to put words to my frustrations. My husband often complains that I can’t take criticism and I react negatively to it. But neither can he! We all struggle to take criticism and what’s worse is when you hear criticism all the time without any praise. I’ve become much better over the years and have gotten used to it (although he may disagree), but it will always be difficult to hear criticism especially when it’s not given constructively.

When it’s just negative with no filter and no thought, it becomes personal and people shut down. It’s important to balance criticism with praise.

My therapist often tells me to keep a gratitude list (as I briefly referred to at the outset): I’m supposed to write 5 things daily I have accomplished/I am grateful for. It can be any small thing, for example, one task done at work or doing that thing I’ve been putting off for ages (*cough* organise my make up drawer *cough*). Now I understand why she suggests this. It’s crucial to keep reminding yourself of your achievements and give yourself praise. I often find I am my own worst critic.

Another important point I’ve taken from this is to make sure to praise the people around you more often and perform more acts of kindness to balance out the bad things each person may have in their lives. Try to say something nice to someone you love, apart from making them smile I can guarantee there’s a 99% chance it will make you smile too (1% to allow for the demons that exist in this world – sorrynotsorry).

Always remember: you are loved, you are enough, you are important. Will you write down 5 things you are grateful for today?

Until next time,
Amna

When Love Is Toxic: 7 Warning Signs of a Toxic Relationship

Question 2: Am I Cursed? 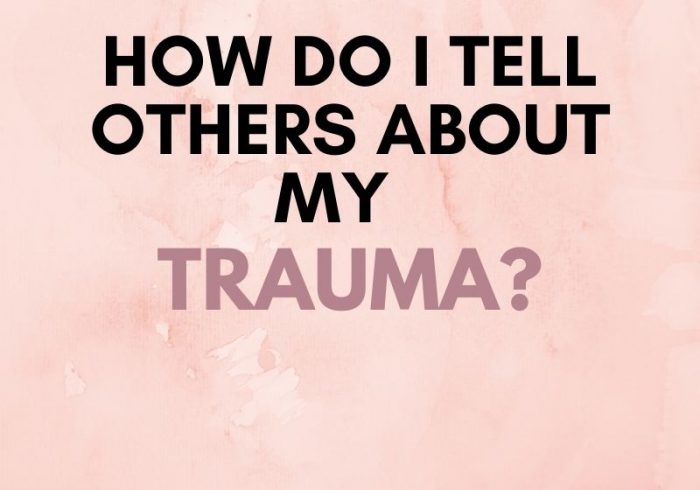